Barnard's Star is one of the 5 stars that form Poniatovski's Bull in the constellation of Ophiuchus. Together with A, B and C Centauri, and with Sirius, this Red Giant is one of the closest neighbours of our Sun. It is only 5,9 light years away, making it closer to us than Sirius is.

Several alien races have been linked to this star: 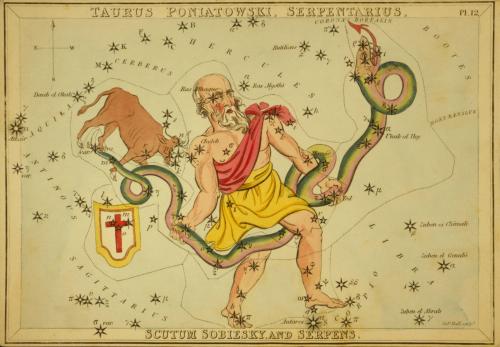 Poniatowski's Bull, next to Ophiuchus, as depicted in the Urania Mirror cards

Trivia: One of the alien races in the original TV Series "Roswell" would be from Barnard's Star.