Centaurus is the name of a constellation. (Often, its genitive, 'Centauri' is used, too). It is the home of our closest neighbour: Alpha Centauri is the nearest star system, and therefore is often referred to as Alpha Proxima. It is only approx. 4,37 light years away, and actually consists of three stars: Alpha Centauri A, B and C.
A and B are a close binary system, and are gravitationally bound to C. (So, A/B are a distant binary with C).
At this moment, Alpha Centauri C is the Sun's nearest neighbor, at 4.2 LY, which is why it is often called Proxima Centauri (See Proxima Centauri).
Alpha Centauri A is the brightest of the three. It is also known as Rigil Kent, Rigil Centauri or as Toliman. 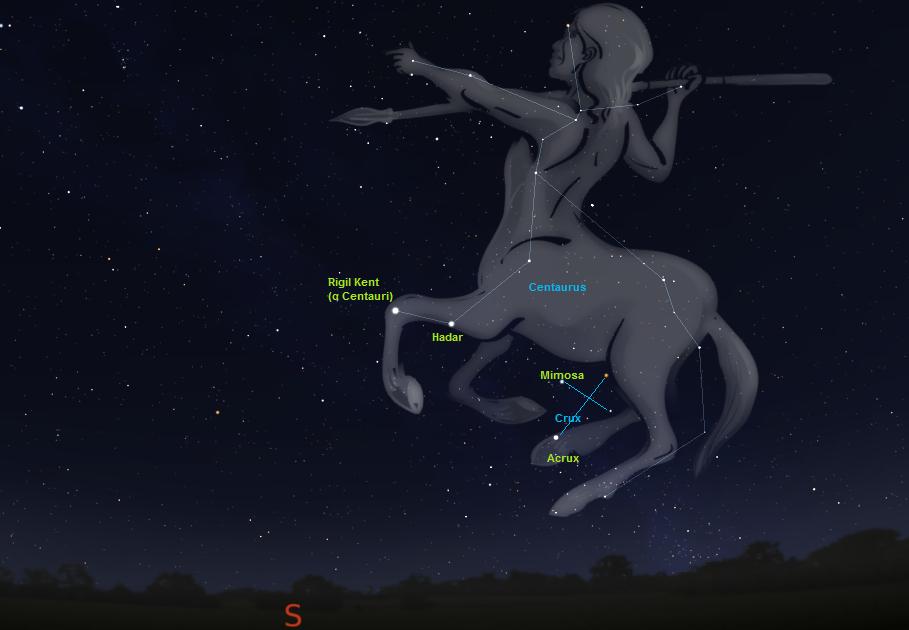 Contactees tell us several planets circle A/B, and three of them are inhabited. One of them would be a desert planet, and there has been some speculation that this might be the 'real' Serpo. At least one contactee (Horst Fenner) claims having met extraterrestrial visitors from a planet in orbit around C. (See Proxima Centauri), which could be Proxima Centauri B, mentioned above.

At least three, maybe four, species are known in the Alpha Centauri system:

Additionally, there are - at present unconfirmed - rumours about Greys that would be coming from the Centaurus system.

The Branton material, along with Sheldon Nidle, mentions a group of "renegade centaurians" that broke away from the Federation of Planets.

One source mentions a total of 19 different races in the system, including a reptilian race.

There also are rumours that an operational stargate connection to Alpha Centauri would exist.

The name Centauri is Latin, yet it refers to creatures in the ancient Greek mythology that were half horse, half human. (See: Centaur)