Deneb is the brightest star in the constellation of Cygnus, the Swan (Alpha Cygni), and is approx. 53.4 LY away. It also is the bottom star of the Northern Cross. 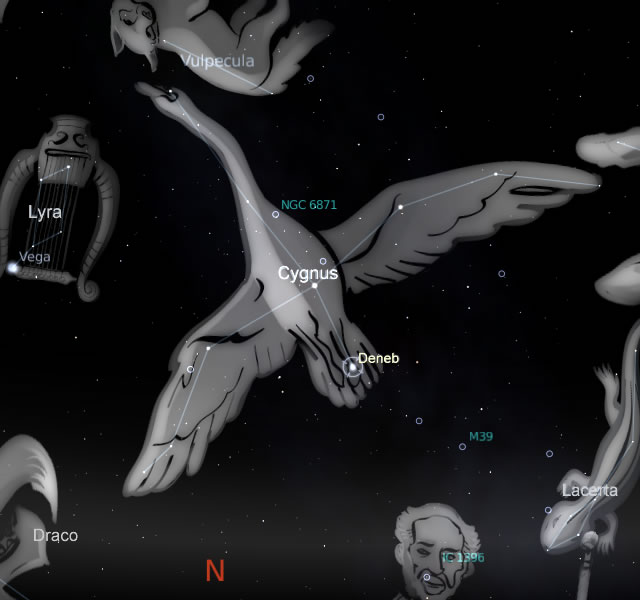 According to the Ra Material - which is channeled, - inhabitants of the Deneb system frequently visited Lemuria, some 53.000 years ago. They are said to be members of the Federation of Planets.

It is not clear whether these are the Cygnusians Wendelle Stevens mentioned.
(In my opinion, they are not. From what I can get from the Ra Material, they would look more like a humanoid race of Vegan descent).

Alex Collier mentions that the inhabitants of Cygnus Alpha (=Deneb) are close to the Andromedans and the Tau Cetians. They would know a great deal about acoustic technology. Several of them would be present here on Earth today.
He also mentions that the dolphins on Earth are a cross between a mammal from the Sirian system and one from the Cygnus Alpha system.