Norca supposedly is the name of a (now no longer inhabited) planet that circles Tau Ceti. Some of its inhabitants would have migrated to our solar system, some 14.000 years ago, when the planet slowly started becoming uninhabitable.

Norca would have been one of the planets circling Tau Ceti. 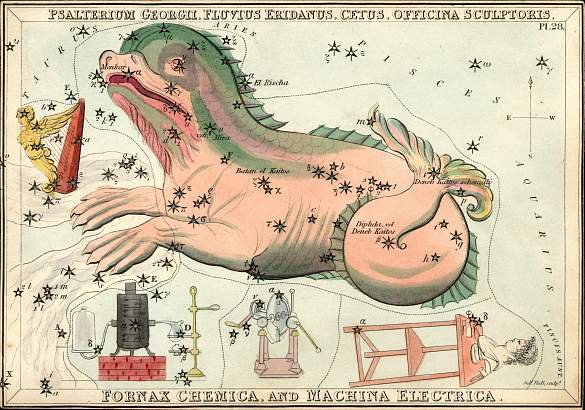 Cetus, as depicted in the Urania Mirror cards

The Norcans look like the typical Blonds that people encounter (Humanoid phenotype).

The story is told by Albert Coe who explains how, in 1920 (!), he saved the life of a young blond man who claimed to be a Norcan, and then told him the story of his race. The Norcans would have established bases on Mars, Earth and Venus. They are a blond race, apparently of Lyran Caucasian origin. See also: Cetus & Albert Coe.

(As a side-note: other alien 'immigrants' are the Janosians and the Dropas.

The case is generally considered genuine, and was investigated, among others, by Wendelle Stevens.