Rigel is the second largest star in the constellation of Orion, and is seen in the Northern hemisphere as the right foot of the Hunter. It lies at a distance of approx. 250.7 LY.

Apparently Rigel was initially inhabited by a humanoid race of 'Blonds.' (per Matthew, as well as the late Bill Cooper). During the Orion wars, however, Rigel was taken over by the Forces of the Draconian and Orion Empires, and even became one of their main bases. Nowadays, Rigel is controlled by the greys and/or reptilians. The shorter and more aggressive "Type C Greys" are believed to have their bases in the Rigel system. Alex Collier claims Rigel is now a predominantly Reptilian system. This would be consistent with the stories of some Greys being under Reptilian control.
Several sources claim that the Rigelian Nordics decided to evacuate their world, when it became clear to that they were about to lose the fight. They fled to Procyon where they already had established a large colony.
The late Bill Cooper also mentioned a source claiming that the original Nordic / Blond Rigelians were one of the races responsible for the creation of mankind on Earth.

One source, George Andrews, who claims to have been contacted by an inhabitant of Procyon, tells a slightly different story, that is more reminiscent of the story of the Apex planet. A civil war between different factions of Nordic Rigelians led to the destruction of most of their world. Part of the survivors emigrated to Procyon, while others remained and had to live underground because of surface radiation. Those that remained would have evolved into a grey species that later on was joined by other grey species. 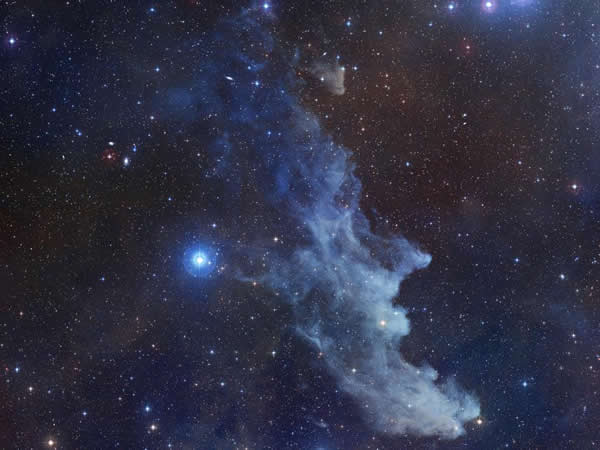